How to scare people 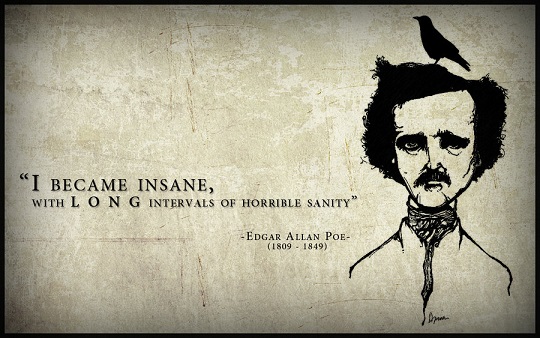 So, I don't usually post stuff about writing on this blog, because that's not really what it's about. But given the fact that a lot of readers are also writers, I thought I'd make an exception. Plus, it's Halloween. Plus, I found this article REALLY helpful.

Writing scary stories can be hard (how do you Poe), but when you manage it, it's perfection. I love scary stories, and I always get the urge to write one once October rolls around, but writing a story that's actually scary is really tricky, and I always worry that my stories fall flat on the scare factor.

So here's some advice for you writers of the macabre:

Email ThisBlogThis!Share to TwitterShare to FacebookShare to Pinterest
Labels: Writing

The Head and the Heart Signs of Light review 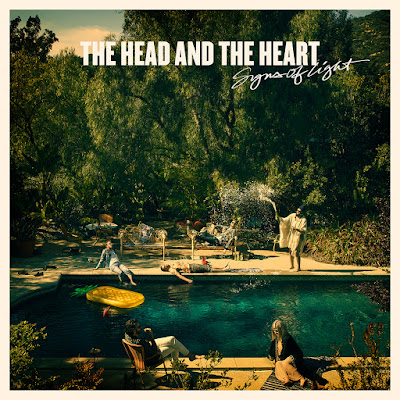 If you've been a fan of The Head and the Heart for long, their new album Signs of Light might take a little getting used to. It's not that the album is a radical break from their previous style, but it does have a new edge. After all, the little folk-inspired indie band from Seattle now has a deal with a major music label, Warner Bros. Records. And their new album has performed extremely well, landing at no. 5 in the Billboard 200 and topping the Adult Alternative chart.

After three years without any new output, The Head and the Heart is back with a vengeance, and a sound that leans more towards pop, but still has that classic Head and the Heart quality to it. Musically sophisticated, perfectly orchestrated, and, as always, wonderfully harmonized, Signs of Light is a delightful, stirring exploration of life, light, love, and loneliness - all through the lens of shifting music. In other words, as the band is wont to do, the album speaks both to your head and to your heart (and the group manages to incorporate those words into at least one song - seriously, I'm listening to the album as I write and I just heard them do it).

"All We Ever Knew," the opening track, which has gotten ample air time on the radio (at least on the two indie stations I listen to), is akin to work by American Authors, Florence and the Machine, and Family of the Year. Upbeat and singable (both qualities which are sort of rare for this group), it tops the list of Head and the Heart songs with the most potential to become hits. But while it leans more mainstream than any of the group's previous work, it's still very recognizably The Head and the Heart.

"City of Angels" and "Rhythm and Blues" are, after the title track, the most upbeat songs on the album, featuring swinging percussion and vocals. The band's percussion element is alive and well throughout the album, as are the strings, guitar, and piano - blended into one harmonious whole but still allowed their own unique voice - that, at base, is what makes The Head and the Heart so great. This harmony features in tracks like "False Alarm," "Dreamer," and "Take a Walk." As usual, Josiah Johnson's and Jonathan Russell's folksy, raw-edged vocals hit the mark, especially in "I Don't Mind;" and Charity Rose Thielen is allowed time to shine in tracks like "Dreamer" and "Colors," where her husky voice brings a quality of raw, unexpected emotion to these songs.

"Oh My Dear" is decidedly Beatles-esque without being stale. And the title track, "Signs of Light" is a heart-breaking musical journey from simple piano chords and raw vocals to a full instrumentation that manages to be gentle even as it builds slowly to a full crescendo. When the vocals carry on, a cappella, at the end of a couple of songs, it's a beautiful, haunting effect.

And what to say of possibly the two most unique songs on the album - "Library Magic" and "Your Mother's Eyes"? There is a numinous quality present in these songs, a sort of auditory magic achieved by the instrumentation and harmonies, that make the listener pause and hold their breath as the song plays out.

And with The Head and the Heart's 2016 Signs of Light tour currently underway, there's ample opportunity to see the band in concert from various locations across the U.S. Although lead singer Josiah Johnson is on hiatus due to health issues, which is a bit of a let down, the other members of the band are well qualified to carry the show on their own footing. The high value that each individual band member brings to the whole makes it both tragic and OK that Johnson won't be joining them on tour this time around.

In short, if you're a Head and the Heart fan, an indie rock fan, or just a fan of really great music, Signs of Light is a musical consummation that won't disappoint.

Email ThisBlogThis!Share to TwitterShare to FacebookShare to Pinterest
Labels: Music, Review, Signs of Light, The Head and the Heart
Newer Posts Older Posts Home
Subscribe to: Posts (Atom)
WE ARE CURRENTLY TAKING A HIATUS FROM NEW AUTHOR REQUESTS. PLEASE ONLY REACH OUT IF WE'VE REVIEWED FOR YOU BEFORE.