In 'Apocalypse Cancelled,' the world is ending...or is it? 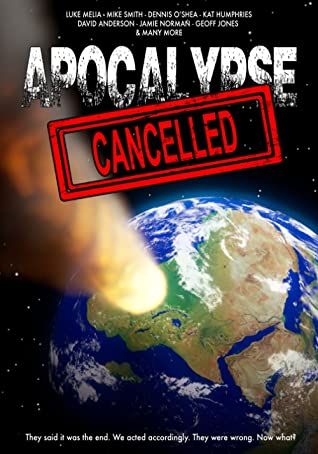 They said it was the end. We acted accordingly. They were wrong. Now what?

Every science organisation, every government and every news agency were in agreement... It was the end. In three weeks an asteroid would hit the Earth. An asteroid bigger than anything our technology could divert or destroy. An asteroid that would fracture the Earth and wipe out all life as we knew it.

They were wrong: it missed us completely. Now we must go back to our lives, back to our families, back to our jobs – changed by the knowledge of what we all did during that time. These are our stories...

Apocalypse Cancelled is an eclectic anthology of short stories, comics, poems, illustrations and more – telling humanity’s collective story after the apocalypse that never was.

What would you do if you knew for sure the world was ending in three weeks?

Would you quit your job? Finish your favorite TV series? Prank your boss? Have sex? Go on a killing spree?

Believe it or not, these are all apparently valid responses. At least, the characters in Apocalypse Cancelled seem to think so.

Here's the premise: the government announces that an asteroid is going to hit earth in a few weeks, ending all life as we know it. This is definitely going to happen. It's the end for sure.

Then, the asteroid misses the earth.

Turns out the experts were wrong; civilization is saved, and everything's great. Except some people did things they would never have done if they hadn't been sure the world was ending--and now they can't go back.

Created by Luke Melia (author of Give Up the White Room and the delightful short story "Stripes Recruitment"), Apocalypse Cancelled is an anthology featuring stories, comics, and flash fiction from a number of authors and artists. It's an intriguing idea and includes some real storytelling gems.

One of my favorites was the story about a gamer named Ben who keeps playing while the world burns, determined to beat Hex World Online before the asteroid hits. He hasn't left his apartment in five years and he leads a lonely, pathetic existence, but when he connects with a girl who's also still playing, he finally finds a true friend, and when the asteroid misses, he sets out to find her.

The story about a lawyer who only adopts 40 cats because she wants them to have a safe place to live for the last few weeks before the world ends, then gets stuck with them forever, was also pretty fun. And I liked "Business as Usual" about a guy who just wants to keep working up until the apocalypse because believe it or not, he really enjoys his data entry job.

My actual favorite might have been the one page comic about Samson the cat, which for some reason I found absolutely hilarious.

This book is full of interesting stories and shorts, and obviously I can't go into all of them here. But so many contributors came up with unique spins on the premise. It's fun to see different voices come together to create something like this.

Now, a heads up. Things get wild during the apocalypse. This book is heavy on violence, sex, and profanity. If I hadn't been reviewing it, I probably would have stopped reading pretty early on--not because the writing is bad, but because I don't generally read stuff with this much graphic violence and sex in it. If you don't have a problem with that, this is a thought-provoking apocalyptic tale. And the takeaway is something I can get behind:

"If you ever feel like it's the end of the world, please just wait one more day. You never know what's around the corner."

At the end of the day, I'm giving this book two trees, and here's why. In our rating system, two trees means "fun, but just ok." Apocalypse Cancelled was definitely fun and some of the pieces went way beyond a two-tree rating, but overall it didn't blow me away, and I would have enjoyed it a lot more without all the graphic violence and sex. 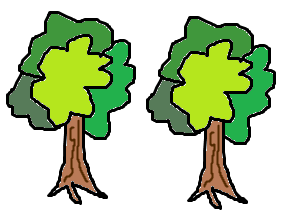 The Goodbye Family: The Animated Series

ANNOUCEMENT:
A book I previously reviewed - The Goodbye Family and the Great Mountain is now an animated series! You can find the trailer HERE. You can find out more about The Goodbye Family at the author's website: www.lorinrichards.com
The Goodbye Family: The Animated Series stars undertakers Pyridine Goodbye, matriarch and mortician, Otis, father and hearse driver, their daughter Orphie, both a gravedigger and Sheriff, along with their pets: Ouiji the cat, Dorian the tarantula, and horse Midnight.
Heathen Apostles provides a monster western soundtrack with Chopper Franklin (The Cramps) and singer Mather Louth (Radio Noir) also collaborating with Richards on the theme song Sew it Up.

Email ThisBlogThis!Share to TwitterShare to FacebookShare to Pinterest
Labels: animated series, goodbye family, gothic, horror, western
Newer Posts Older Posts Home
Subscribe to: Posts (Atom)
The Wood Between the Worlds is dedicated to bringing you great book reviews. Looking for your next favorite book? Find it here. Have a book you'd like us to review? Give us a shout.