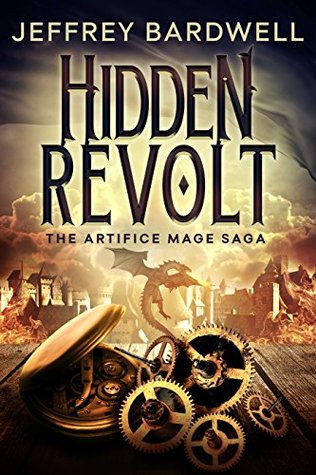 Would you lead a revolution for psychotic criminal mages?

The Iron Empire is ripe for revolt. The guilds are repressive, the price of dragon rum and steaks are soaring. The mage menace spreads unchecked. Resentment builds. One day a young hero struts into the capital . . . and vows to smash the imperial palace with dragon power.

Devin, more artifice than mage with his mechanical foot, returns to the empire, his nemesis Captain Vice in hot pursuit. The firebrand mage stirs the passions of imperial citizens under the guise of dragon conservation. Are they not all like slabs of dragon flesh: once powerful and mighty, but the empire bleeds them until nothing remains but bones and ruptured organs? The message resonates. A rebellion is born in secrecy and treachery. Beneath their cloaks of lies and shifting alliances, mages, gentry, and commoners alike reach for the mantle of the shattered dragon while Captain Vice's iron fist slowly closes around them.

Rise up and smash the state in Book Three of The Artifice Mage Saga. Join the fantasy steampunk brawl of metal vs. magic where sorcery is bloody, science is greasy, and nobody's hands are clean.

In answer to that first question: Honestly I'd lead a revolution for just about anybody, I'm just looking for an excuse to revolt.

Now that we've gotten that out of the way, let's take a look at the most epic Author's Note in the history of books I've read. Here's how it ends:

If that was a bribe, I'll take it. Your book is now getting at least a four-tree review, Jeffrey Bardwell.

So anyway, I love Les Mis. I love revolution. I love dragons. Hidden Revolt had it all.

That said, I'm not sure it beats Rotten Magic, which remains my favorite in the Artifice Mage Saga. Still, it's pretty fun.

Things get progressively darker, grittier, and more chaotic as the Artifice Mage Saga continues, definitely proving that nobody's hands are clean. (Honestly, NOBODY has clean hands in this series, except for maybe sweet little Styx, but I'm sure that's only temporary.)

Speaking of Styx -- the wooden automaton given life by Devin -- how much more awesome can you get than Frankenstein, Les Mis, steampunk, dragons, and revolution all in the same book?????

Excuse me as I try to (momentarily) stop being such a literary nerd (English majors die hard).

Let's talk about Devin, the artifice mage himself. This book is a turning point for him. K, maybe I could also have said that about the last two books, because every moment seems to be a turning point for Devin, he's just turbulent in general. But this is the book where he really seems to start growing up. He realizes some things. He learns some lessons. He starts to grow humble. (He's not entirely there yet, but we'll give him credit for making progress, at least.)

The proof comes toward the end of Hidden Revolt, when Devin faces a dragon and has a sudden moment of self-awareness: "All those other scaly beasts in the sky and yet here you are, alone. You hunt alone. You live alone. I used to be like you." In the next moment, Devin calls to his boss band of revolutionary mage ninjas (like seriously, that's kind of what they are), and together they fight the dragon. Devin's realized it doesn't pay to fight alone. Perhaps he's not quite the dragon-boy after all -- or at least, not anymore.

If I have any gripe with Hidden Revolt, it's the same one I had about the last book in the series (Broken Wizards), and it's a weakness I'm very sensitive to because it's something I struggle with as a writer of fiction. These characters talk too much. In some moments, that's fine, because part of the point is that they can't get their revolution off the ground because they just go around in circles talking. But when the characters are trying to escape from the emperor's prison, or facing a humongous fire-breathing dragon, having a leisurely conversation doesn't feel natural.

Luckily, with a little unintended help from the emperor, Devin and his friends do manage to get their revolution off the ground, and I assume the next book in the Artifice Mage series will address this thought-provoking question which Devin ponders mid-way through Hidden Revolt:

"Can people who just spent all their energy tearing something down suddenly turn around and start building?"

We'll see if Devin's dragon revolution can succeed where so many others have failed. We'll also see whether or not Armand Delacourt Vice is still alive and if so, whether or not he's eventually going to commit suicide by... I don't know... jumping off a bridge.

Meanwhile, can someone please write a straight-up version of Les Mis with dragons? It's now the story I never knew I always wanted. 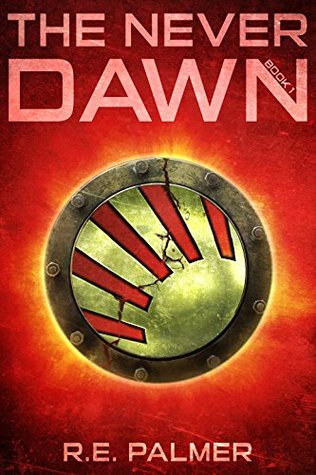 All his young life, Noah has longed to see the sky he's only heard about in stories. For over one hundred years, Noah's people have toiled deep beneath the Earth preparing for The New Dawn – the historic day when they will emerge to reclaim the land stolen by a ruthless enemy.

But when Rebekah, the girl of his forbidden desire, discovers a secret their leader has been so desperate to keep, Noah suspects something is wrong. Together, they escape and begin the long climb to the surface. But nothing could prepare them for what awaits outside.

In a nutshell? I loved it.

This is a YA dystopian novel, with a similar feel to The Giver. There's also a definite Biblical element, conjured up by the Biblical names (Noah, Rebekah, Abraham, etc.) and the building of the "Ark." I thought that element was put to very good use, serving as a sort of touchstone that strengthened the narrative and lent it more power. I found this story engaging, gritty, and thought-provoking.

Noah, the protagonist, is a great character: sympathetic, relatable, and developing over the course of the story. As a reader, I found it very easy to get behind him, think what he was thinking, and feel what he was feeling. I liked that he was vulnerable, and very much a young adult, with all of the emotional confusion that entails. All the characters seemed very real and true to life, which helped me immerse myself in the story and really care about the characters.

While we're talking author appreciation, here's something I am very grateful for: R.E. Palmer excels at dealing with PG-13 scenes in a way that doesn't make me want to close the book and go vomit. His technique is to leave most to your imagination, which, as good storytellers know, often proves more effective. There were a few moments in this story where I started to get a little nervous, thinking it was about to get really inappropriate, but the author didn't go there. The scene either turned out differently than the way I'd anticipated, or cut off before things got really messy. As a result, the story felt dark and gritty, but it never actually made me uncomfortable in that kind of way. I very much appreciate that.

Another thing I appreciate? That gut-twister of an ending! Whew. OK. Anyway.

I was hooked on The Never Dawn from the beginning to the final page. If you're a fan of gripping, well-told YA dystopian fiction with a twist, I definitely recommend it.

Until tomorrow (if tomorrow ever comes).
Posted by Erin at 12:00 AM No comments:

Email ThisBlogThis!Share to TwitterShare to FacebookShare to Pinterest
Labels: Book Review, Dystopian, YA
Newer Posts Older Posts Home
Subscribe to: Posts (Atom)
The Wood Between the Worlds is dedicated to bringing you great book reviews. Looking for your next favorite book? Find it here. Have a book you'd like us to review? Give us a shout.