Natasha is a Boss, so is Bucky Barnes

by Edmondson and Noto 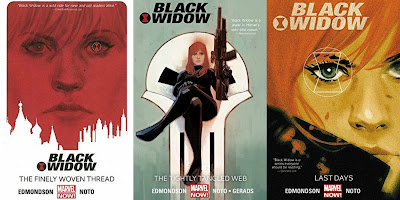 This series was fantastic, the story was not only deep and intriguing, but the art is beautiful. Phil Noto is an artistic genius, his style is soft and yet sharp. Truly brilliant. I have never reviewed a whole series before, so bear with me.

"Natasha Romanov is an Avenger, an agent of S.H.I.E.L.D. and an ex-KGB assassin, but on her own time, she uses her unique skill set to atone for her past. She is: Black Widow."

The comics follow Natasha through the jobs she is given by her lawyer Isaiah. The jobs are usually getting rid of crime rings or bad guys to help Natasha feel better about all the bad things she has done. However, as the series progresses you find that the jobs also help Isaiah atone for his past sins as a gang member. Noto draws the characters so unassuming, and normal, and yet the feats they accomplish are anything but.

The main antagonist is a group called Chaos, and the story helps Natasha define what is good and what is wrong.

Okay, so I said I wasn't good at the whole reviewing too much at one time thing. Ugh. okay, so moving on.

One of the best things about marvel comics is that they don't try to pretend that other heroes don't exist *cough like the xmen men films cough* as an avid Hawkeye fan one of my favorite parts was when he randomly showed up, almost exactly matching the plot of Fraction and Aja's current Hawkeye series. One of the major themes of the series is Natasha letting people in. In the past, involving people in her life has not gone well, from killing her best friend from childhood, to screwing up her love life with Matt Murdock (Daredevil, don't even get me started). And yet there are people all around her who would do anything she asks because to them she is family. Exhibit 1: The Winter Soldier (Bucky Barnes)

From almost the moment he appears it's clear that he really cares for Natasha, from calling her by her real name instead of alias, then fixing her up at a safe house AND THEN THIS: 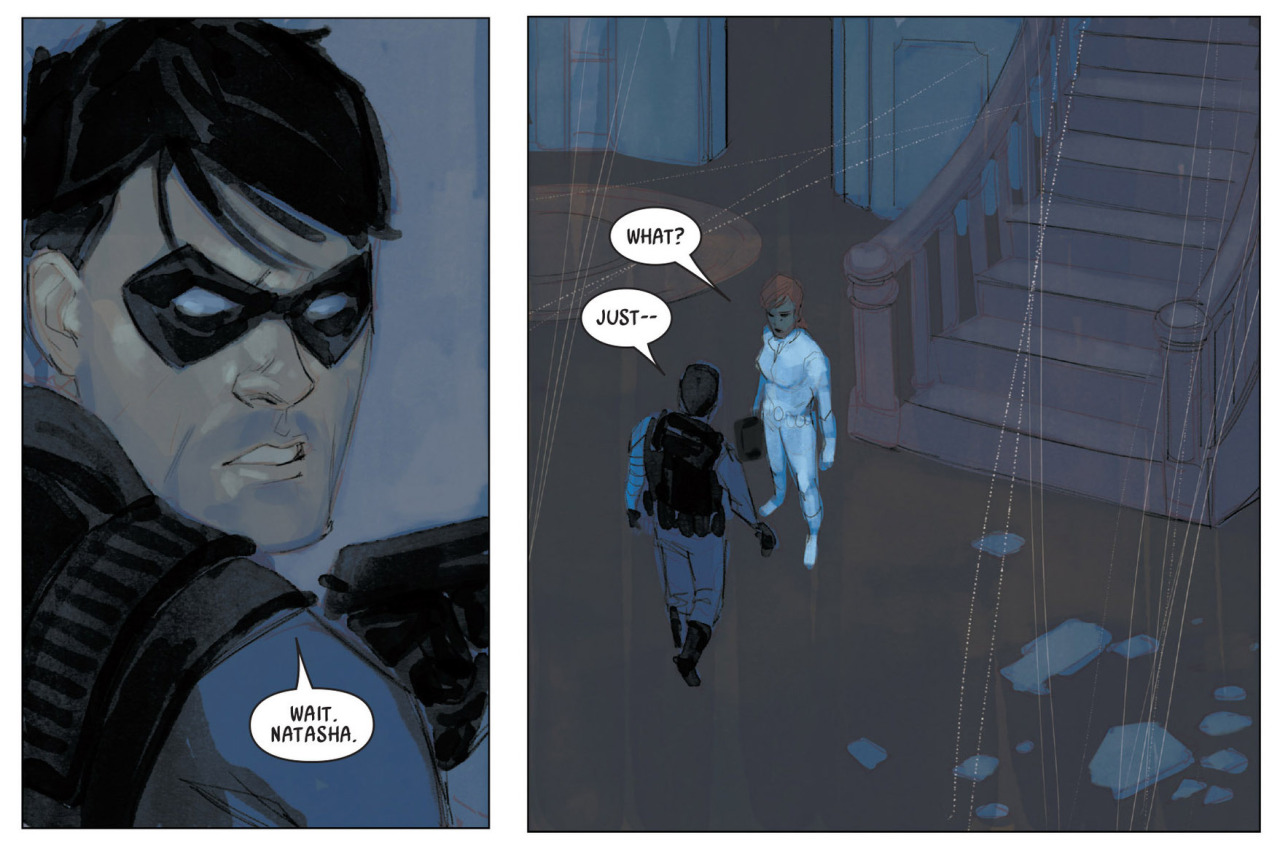 HIS FACE. IT HURTS. I just realized that in my last blog post I also fangirled over Bucky . . . I think I have a problem. If it's not clear here that he really cares for Nat, I give you exhibit B:

Like, WOAH, don't mess with Natasha. Her friends she doesn't realize she has will kill you.

Exhibit 2: X-23 (Laura Mckinney) Nat needs someone to help her rescue Isaiah who was kidnapped, but did okay for himself, so she contacts X-23. And boy does she deliver. 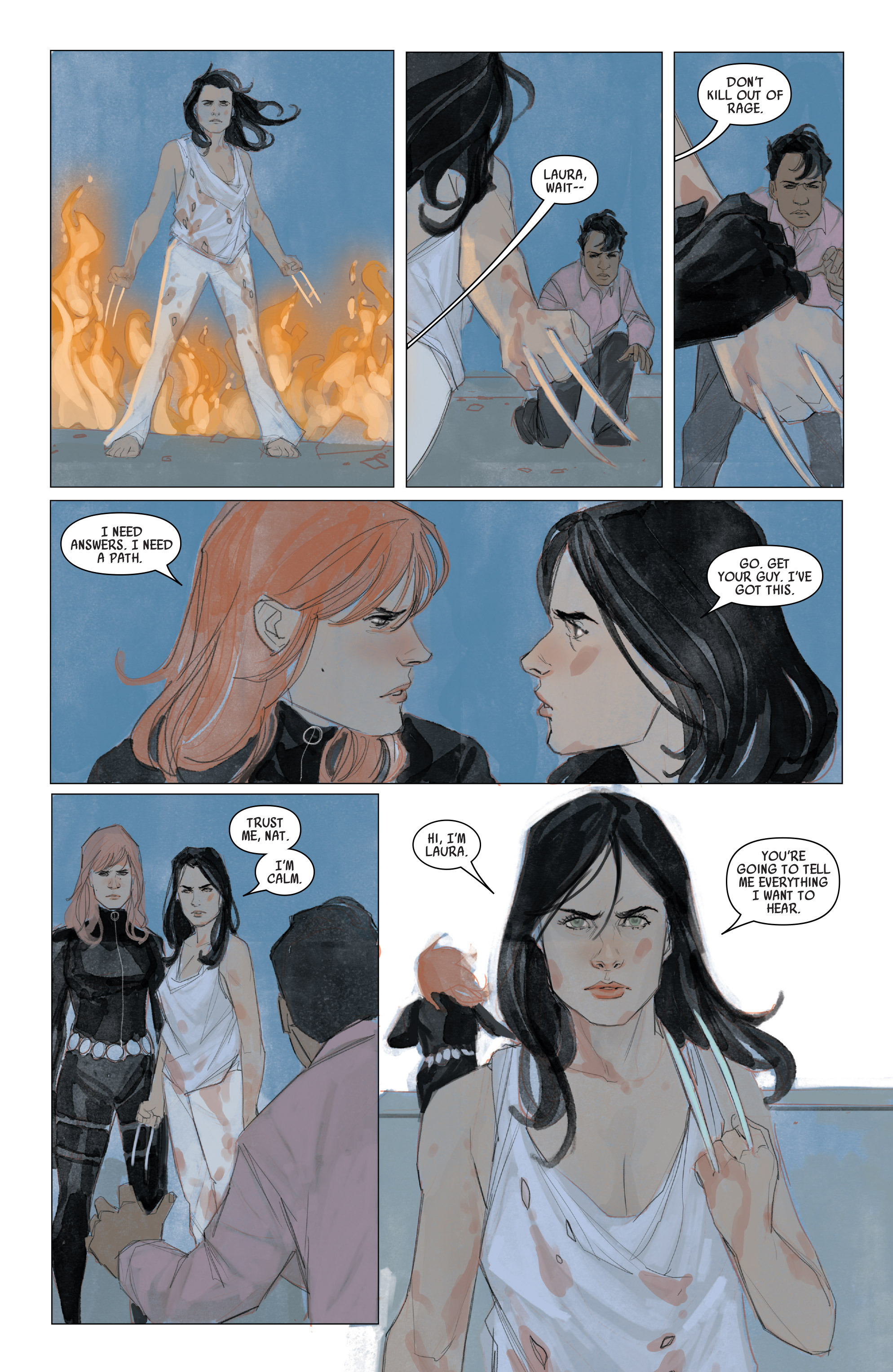 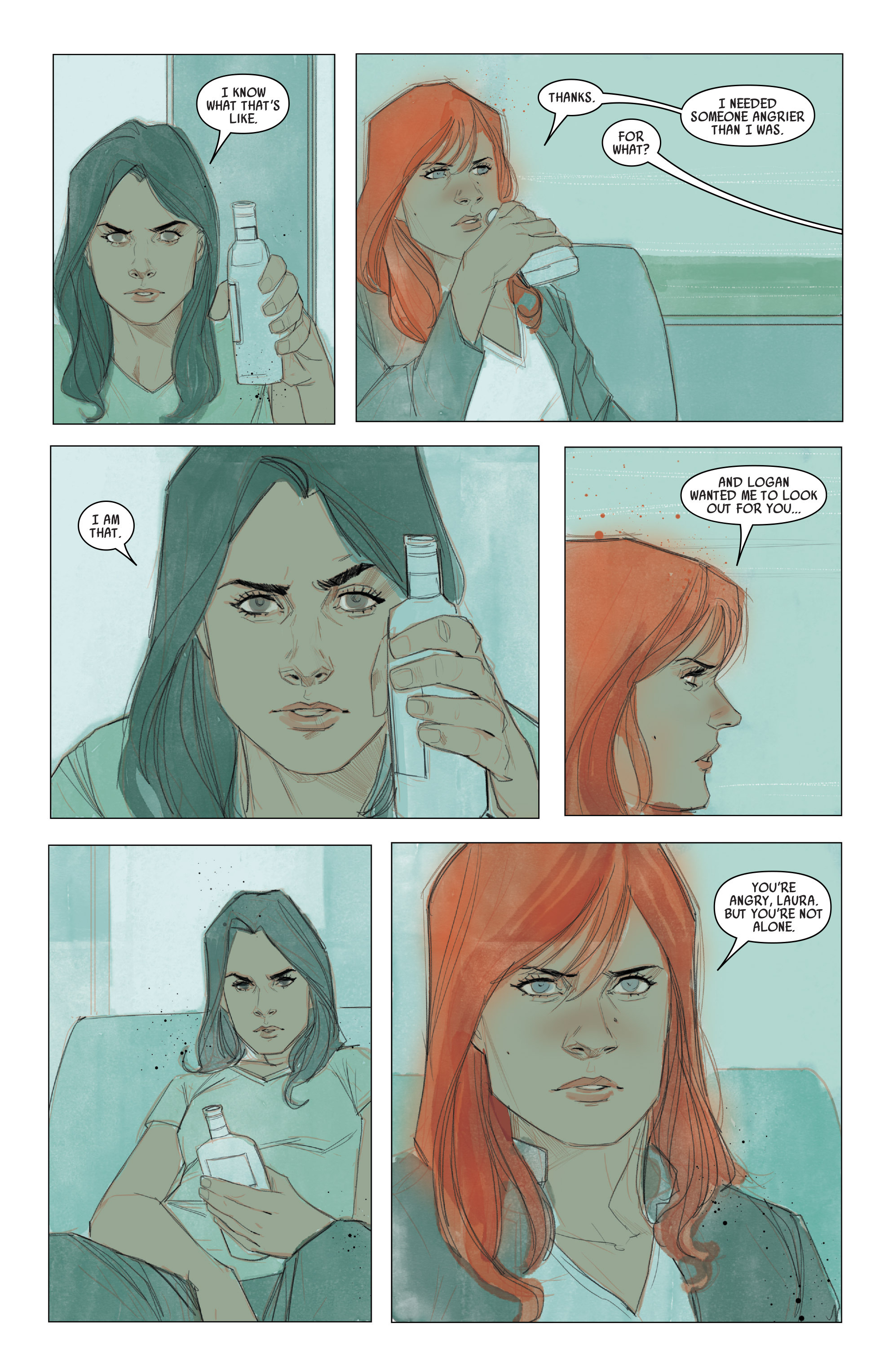 So that was cool. However, unlike the others, she lets Liho in. That's really when she starts to realize how much the others care about her. It's also at that time that her friends find out just how far she'll go to finish something, and their loyalty is challenged. Her true friends pull through.

As she finally catches up to Chaos she realizes she may have bitten off more than she can chew. Luckily, not all her friends are keeping their distance. The Winter Soldier saves her from the invisible minions of chaos but not before she is kidnapped by the head honcho himself. But even then he doesn't give up on her. 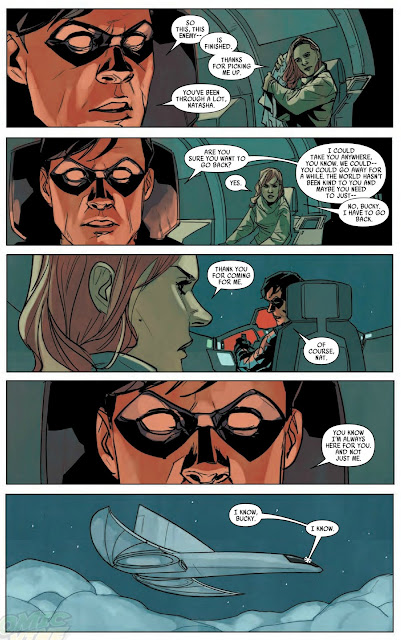 And he finds her. Again. For like the third time.

If Bucky Barnes said that to me I would melt. It would be wonderful. This is when Nat changes. She rejoins the Avengers, and becomes a force for good in the public eye.

Her last words are: "Save those you can. Do good. even if it seems impossible. Even if it's a fool's mission. It's something that we choose to do. Because we're heroes."

So Yeah. That's my review. I think my favorite parts had Bucky in them . . .
But it was lovely and I take off my hat to Nathan Edmondson and Phil Noto.

Hey, so one last thing, remember how I loved the art in this book?? Well, I combined it with Aja's style and here are two results both of Natasha (obviously). :) 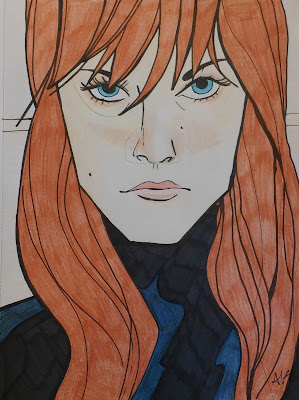 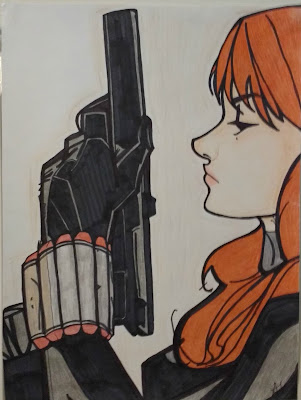 So, take home? You should read this series. It is beautiful.