GIVEAWAY: KindleFire and 17 YA Fantasy Books Contest with 4 Chances to Win

Hey readers! We heard you like giveaways, so we thought we'd let you in on this one.
For the whole month of August, author Abby Arthur is running a giveaway with multiple prizes, including a Kindle Fire.
Enter here.
Every entrant receives a free copy of Abby Arthur's Twins of Shadow. 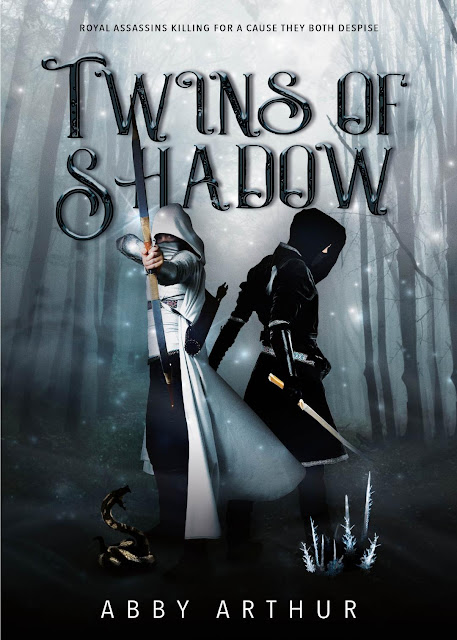 Then, on August 7th, a winner will be drawn for hardcover copies of Sabaa Tahir's An Ember in the Ashes series, which includes:
Total value is $60. 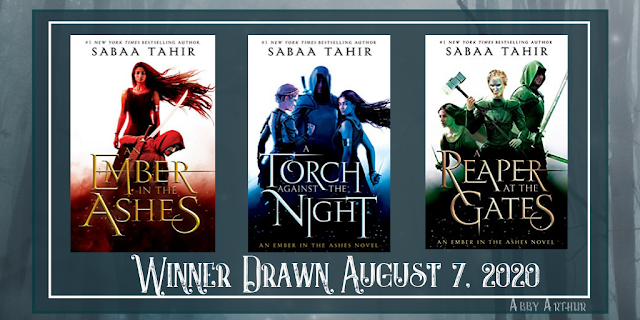 On August 14th, a winner will be drawn for three books by New York Times Best Selling Authors:
These will be hardcover copies with a total value of $80. On August 21st, a winner will be drawn for Holly Black's series Folk of the Air.
These are hardcovers with a total value of $80. 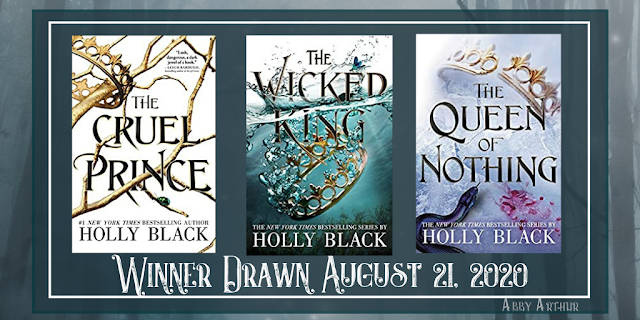 On August 28th, a winner will be drawn for the grand prize, which includes a Kindle Fire 7 and eight eBooks at a total of $150. 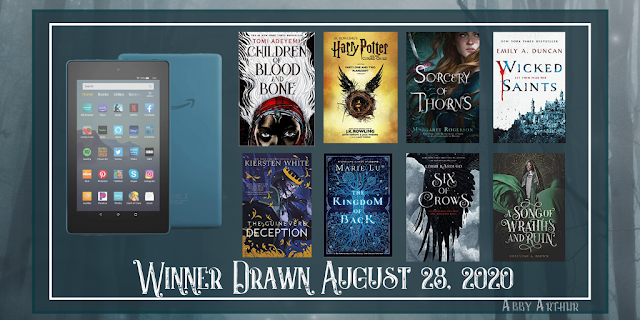 Feeling lucky? Starting August 3rd, you can enter here.
May the odds be ever in your favor.
Erin & Anna
Posted by Erin at 2:43 PM No comments:

Email ThisBlogThis!Share to TwitterShare to FacebookShare to Pinterest
Labels: Fantasy, Giveaway, YA
Newer Posts Older Posts Home
Subscribe to: Posts (Atom)
WE ARE CURRENTLY TAKING A HIATUS FROM NEW AUTHOR REQUESTS. PLEASE ONLY REACH OUT IF WE'VE REVIEWED FOR YOU BEFORE.