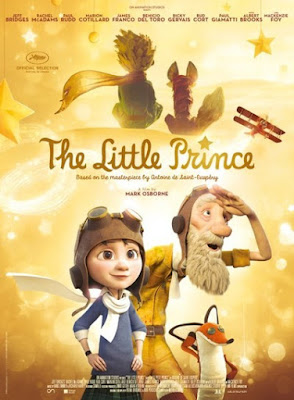 A little girl lives in a very grown-up world with her mother, who tries to prepare her for it. Her neighbor, the Aviator, introduces the girl to an extraordinary world where anything is possible, the world of the Little Prince.

At long last! You can now stream The Little Prince on Netflix! And the film lives up to its expectations: all in all, this is a funny, sweet, heart-warming film with beautiful animation that is sure to move viewers to tears. Lots of them.

There are two stories in this film: a story about a little girl making friends with an old aviator, and a story about The Little Prince and his adventures. The Little Prince's story is framed beautifully by the real-world story of the little girl and the aviator. Each story has a different animation style, which is a wonderful touch and helps to distinguish between the two. I LOVE the animation style in which The Little Prince's story plays out. It suits the story and fits in perfectly with the original illustrations by Saint-Exupery. 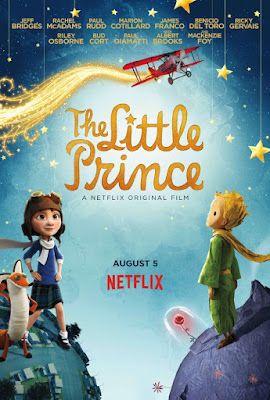 Both stories are well told and nicely executed. I could wish that the filmmakers spent a little more time on The Little Prince's story, as it seemed just a bit too brief and moved rather quickly. But even this didn't detract from the story's beauty and depth.

The only thing that I felt really detracted from the story was the episode after the conclusion of The Little Prince's story, when the little girl flies the aviator's plane to another planet. Here she finds all of the characters that The Little Prince meets on his journey through the stars before coming to Earth (the rich man, the king, the clown).

As a fantasia on themes found in The Little Prince story, it's not bad and actually rather creative, but as a story that is of a piece with the story of The Little Prince himself, it's totally wrong and the effect is jarring. This episode feels disjointed when taken as a whole with the rest of the movie. For one thing, it's unnecessary. It springs out of the little girl's need to come to terms with things like letting go and growing up, which is a viable dilemma, but there are better ways to accomplish this that would have been more in keeping with the rest of the story.

One thing I did really like about how this episode played out, however, was that, since the little girl falls off the side of the house and blacks out before waking up and finding the aviator's plane, and since the scene fades out after she leaves Asteroid B-612, you could assume that the whole incident was a dream, which makes me feel slightly better about the whole thing. 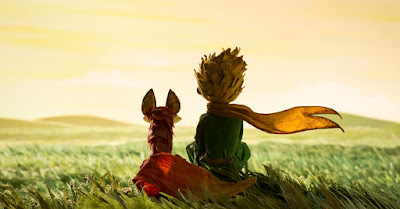 So if you watch The Little Prince, I recommend just skipping that whole episode in the middle, starting when the little girl flies the aviator's plane out of Earth's atmosphere. Just pick it up again when she gets up in the morning and decides to go visit the aviator with her mother. That's a sweet scene.

Outside of that one part in the middle, the movie is absolutely beautiful: the visuals are stunning, the writing brilliant, and the story as poignant as ever.
Posted by Erin at 11:00 PM No comments: 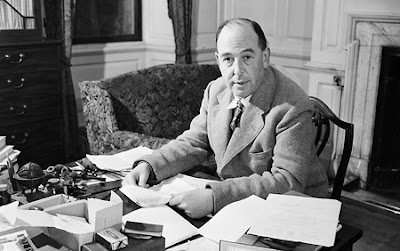 By a Strange coincidence 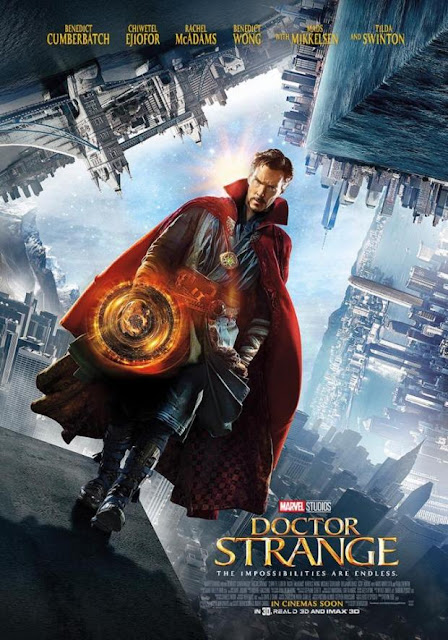 For anyone planning on watching the new Doctor Strange movie, I have some advice: embrace the movie's strangeness. If you don't do this, you won't enjoy it.

The title alone should clue you in to the fact that there's going to be some weird stuff in this movie, and there is. I don't mean anything super bizarre or unseemly, but if you have a hard time with movies that push the boundaries of film or that suddenly dissolve into kaleidoscopic and deep space screenshots (think 2001: A Space Odyssey), this might not be your kind of movie.

On the other hand, if you're a big fan of weird artsy films and have an offbeat sense of humor, you're probably going to like this one.

One guess which camp I'm in.

When the film first cut to the aforementioned psychedelic abstract shots, I found myself thinking briefly, "This is really weird," and then almost instantly, "Just roll with it. It's awesome." After that I thoroughly enjoyed the experience. 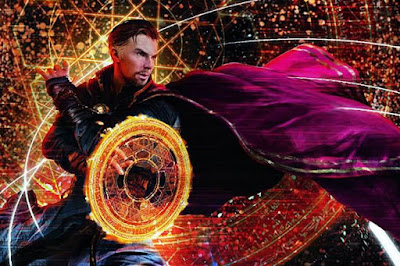 As The Ancient One, Strange's teacher, Tilda Swinton was a perfect blend of poise and strength. And she's totally rocking the bald look.

The film's aesthetics, writing, and execution are all top par. But what really struck me were the film's higher themes:


"Silence your ego and your power will rise." - The Ancient One, Doctor Strange

"Give up yourself, and you will find your real self. Lose your life and you will save it." - C. S. Lewis, Mere Christianity


I LOVED this line from the film. Not only is it absolutely true, but it makes me think of what C. S. Lewis has said about surrendering yourself and letting go of your pride and vanity - that when you do this, the paradoxical thing is that you become more yourself and more powerful than ever.

The passage in Lewis quoted above continues:

"Submit to death, death of your ambitions and favorite wishes every day and death of your whole body in the end: submit with every fibre of your being, and you will find eternal life. Keep back nothing. Nothing that you have not given away will be really yours. Nothing in you that has not died will ever be raised from the dead. Look for yourself, and you will find in the long run only hatred, loneliness, despair, rage, ruin, and decay."

Sounds a little like the personal journey Doctor Strange takes over the course of the movie. When he looks for the power to heal himself physically, he finds only despair, rage, ruin, and decay. But when he begins to pursue learning and study for something higher than himself, and when he seeks to use his powers to save others and protect the world from harm, he finds true power. 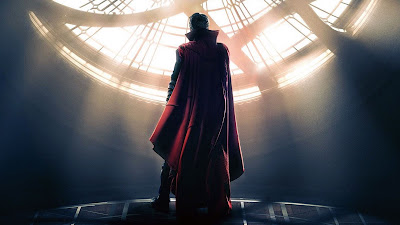 And this wasn't the only moment in the film that felt reminiscent of Lewis. The idea that there are "worlds without end" (the exact phrase used in the film) in the universe and that there is a dark power seeking to gain dominion over every planet is the exact premise of Lewis' space trilogy (Out of the Silent Planet, Perelandra, and That Hideous Strength). Dormammu in Doctor Strange, the malevolent force trying to gain control of the Earth, parallels the Bent One in Lewis' trilogy, the enemy of God who has Earth under his control and seeks dominion of all worlds.

Of course, Lewis didn't just pull this idea out of thin air, either. The Bent One is, explicitly, the Devil, and Lewis derives the frame of his story from the Biblical account of the War in Heaven and the enmity between God and Satan.

So let's return to Doctor Strange with this story in mind. It's not that I'm trying to make a scriptural parallel where one doesn't exist; I think this was fairly explicit in the movie. While Dormammu seems to be the best candidate for the Devil in this movie, Kaecilius also resembles that character.

The Ancient One tells Strange that Kaecilius used to be a student of hers, but when he diverged from the true path and sought forbidden knowledge, he cut himself off from The Ancient One and her school, and led away a significant group of students (we'll call it one third) after him. Now Kaecilius and his followers, cast out of Cammitage, are now endeavoring to help Dormammu gain dominion over the Earth.

Kaecilius believes that Dormammu can give him and his followers immortality and power, but the Ancient One warns him that the path he has chosen "will bring you only sorrow." And Strange echoes her warning to Kaecilius at a later point, telling him that Dormammu has deceived him, and that if his design succeeds it will not bring him happiness, but rather suffering.

Towards the end of the film we learn that Dormammu's promise of immortality is true, but in a twisted sense. He means that Kaecilius and his followers will live forever as part of himself - that they will be absorbed into his being and in effect lose themselves forever. What does this remind you of?

"Rest assured, my love for you and your love for me are as like as two peas. I have always desired you, as you (pitiful fool) desired me. The difference is that I am the stronger. I think they will give you to me now; or a bit of you. Love you? Why, yes. As dainty a morsel as ever I grew fat on." - C. S. Lewis, The Screwtape Letters

How opposite this is from the fate of those who follow the Ancient One, or Maleldil in Lewis' space trilogy, or God if we go back to the source: in surrendering themselves to a higher power, they become truly themselves, while the followers of Dormammu, or The Bent One, or the Devil, are truly and irrevocably lost forever. Kaecilius and his followers have transgressed (in fact, it now occurs to me that you could read Kaecilius' act of pursuing forbidden knowledge as a parallel of Adam's Transgression in the Garden of Eden as well) - and the bill always comes due, as Mordo - one of the Ancient One's most loyal students, reminds Strange. A reckoning has to be made. And all of this informs Strange's most repeated line in the film:

By trapping Dormammu in a looped segment of time, Strange allows Dormammu to continue killing him over and over again, presumably for eternity - as Strange will always be "reborn" the next instant. It's a Promethean bargain. At first, it seems like Strange is the only one who stands to lose in this scenario:


Dormammu: You cannot do this for ever.

Dr. Stephen Strange: Actually, I can. This is how things are now! You and me. Trapped in this moment. Endlessly.

Dormammu: Then you will spend eternity dying!

Dr. Stephen Strange: Yes, but everyone on Earth will live.

Dormammu: End this! You will never win. 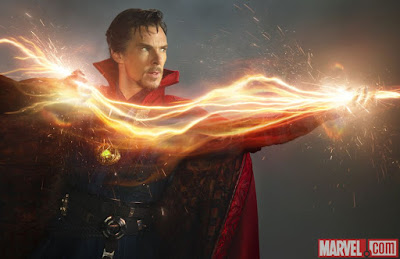 In the interest of not taking up any more of your time, I'll stop here, though there's much more I could say. This movie abounds in awesome quotes like "We never lose our demons, we only learn to live above them," "No one ever is [ready]. We don't get to choose our time," and "Not everything does [make sense]. Not everything has to." Man, the Ancient One says good stuff.

I'll end with one final quote: when Strange complains, "I can't do this," Mordo rejoins, "There is no other way":

"Then you will die of thirst," said the Lion.

"Oh dear!" said Jill, coming another step nearer. "I suppose I must go and look for another stream then."


A final word of advice: This is a Marvel movie. Stay after the credits. And then when you think you've seen the clip at the end of the credits, stay longer, because there's another one.

Email ThisBlogThis!Share to TwitterShare to FacebookShare to Pinterest
Labels: C.S. Lewis, Marvel, Movie, Movie Review
Newer Posts Older Posts Home
Subscribe to: Posts (Atom)
WE ARE CURRENTLY TAKING A HIATUS FROM NEW AUTHOR REQUESTS. PLEASE ONLY REACH OUT IF WE'VE REVIEWED FOR YOU BEFORE.