Let's face it: the last two seasons of Sherlock have been, well, disappointing. And Downton Abbey is over. Poldark is between seasons, and does anyone even know when the next Dr. Who episode comes out?

What is a BBC fan to do? 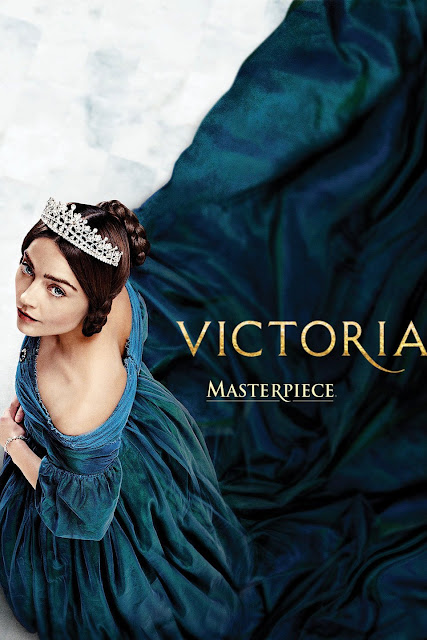 For those of you who have already watched it and are now sad because the season finale just aired Sunday, I'm not talking to you. You obviously know a good show when you see one and are probably already counting down the days until Season 2 premieres.

For all those of you who haven't yet seen it - you're missing out.


Dr. Who fans will recognize Jenna Coleman (Clara Oswald) as the young English monarch and main character of the series. As Queen Victoria, who comes to the throne at the tender age of 18 and somehow manages to hold her own as Queen of England, Coleman is perfectly on point.

Also noteworthy is Rufus Sewell, who plays Lord Melbourne, the young queen's adviser and trusted friend. As a seasoned British actor, Sewell brings gravitas and depth to the series.

But there are plenty more reasons to watch Victoria than just Coleman and Sewell.


The show also features smart writing, incredible shots and sequencing, and a host of diverse characters with their own story arcs and plot-lines. You will also learn a lot about history, which is always a plus in my opinion. With humor, romance, history, and great writing and acting, Victoria has something for everyone. (Unless you're one of those people who prefer to watch mindless television, which I'm thinking that if you're a BBC fan, you're not.)

If you're looking for one final, utterly convincing reason to watch Victoria, here it is: you can now marathon the entirety of Season 1 (8 episodes). Just make sure you have some food on hand (preferably ice cream with fudge sauce) as episodes 6 and 7 will leave you craving some dessert (hint: the head chef to the queen of England is the best boyfriend ever, for obvious reasons).

And while we're on the subject of BBC, who's excited for the recently announced SIX-PART BBC DRAMA OF LES MISERABLES???????

(Yeah, me neither. I mean I'm kind of curious about it, but I'm not like trolling the internet trying to find out all the details about it that I possibly can, or anything.)

Until tomorrow.
Posted by Erin at 2:01 PM No comments:

Email ThisBlogThis!Share to TwitterShare to FacebookShare to Pinterest
Labels: BBC, TV, Victoria
Newer Posts Older Posts Home
Subscribe to: Posts (Atom)
WE ARE CURRENTLY TAKING A HIATUS FROM NEW AUTHOR REQUESTS. PLEASE ONLY REACH OUT IF WE'VE REVIEWED FOR YOU BEFORE.