Just the Right Amount of "Wack"™

Quests and Quandaries by Alda Yuan 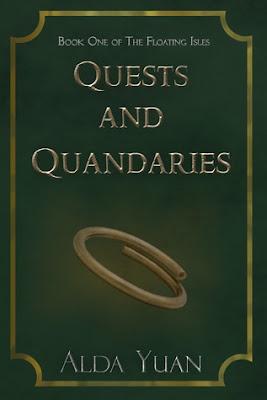 Before progressing any further, I would like to define the word "wack" as used in this review. Wack: super weird, peculiar, rather odd. Okay, continue reading.

Goodreads Blurb: The Floating Isles were created millions of years ago when a beetle the size of a continent churned up mud from the seabed for a perch. And things have only gotten weirder since.This is a tongue in cheek account of a princess forced to go on a quest, very much against her will. With the proverbial band of sidekicks at her side, Rahni leaves the familiar comforts of home for the mysterious Eigen States, a place where, of course, nothing is as it seems. Or else it wouldn't be much of a quest. Rahni is determined not to let the laws of the land dictate anything, least of all how seriously she has to take the whole matter. Her dearest wish is to get through the quest with as few near scrapes and mortal enemies as possible. If she has to go on a quest, she wants it to be bland, with no nonsense about holding the fate of the world in her hands. Naturally, nothing goes quite as she plans. But what else is new?

My Thoughts: This book was a riot right from the start. Rahni, the main character, is cursed, by her own parents, to go on a quest. Apparently they were at their wits end, and hoped this was the answer. They even provide her with her quest-mates to help speed  along the process, and then dump her out in the river. Honestly, they really hindered more than helped.

I loved this book. Not only were the footnotes hilarious (but hard to flip to on a kindle), but the descriptions, dialogue, and general setting was so ridiculous it was genius. The world descriptions reminded me of Terry Pratchett's Discworld. I mean, The Floating Isles are not round, but flat, and hang suspended in the air by way of massive wires. Go figure.

Goblins that wear masks to keep up appearances and refer to a storybook for guidelines? Evil Overlords that hire actors to portray them in the field? A locked up princess who killed her own monster and then made a rope of  its hair? This book has them all. The scope of belief that the reader must adopt while enjoying this book is immense, and I, for one, am here for it. Also, the amount of magical swords Rahni received from completing side quests is what I wish would happen in my D&D game . . .

While I will admit that at times the story got "super wack"™, looking at you elephant goddess etc. scene, the rest of the time it kept to "pretty wack"™, which was just the right amount, in my opinion. Hats off to you Alda Yuan. (Do you prefer Alda or Yuan?)

Did I enjoy this book? Yes. Would I recommend it to my friends? Yes. Do I wish the footnotes were at the bottom of the page instead of the back of the book? YES. Alda, (I've decided we're on a first name basis apparently) I don't know if that's possible, but please look into it.

Buy Quests and Quandaries on Amazon

Email ThisBlogThis!Share to TwitterShare to FacebookShare to Pinterest
Labels: Book Review, Fantasy, YA 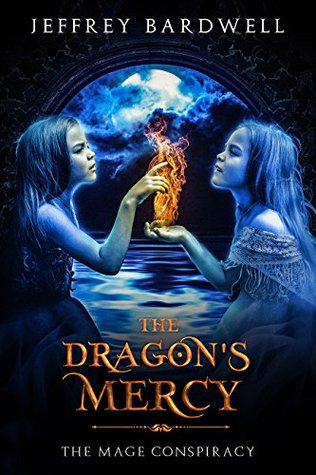 The Red Dragon Warrior, a tactician without peer, awakens from a shrouded dream in a cold, dark alley. Her ex-lover Corbin kneels by her side, but where is her treacherous, fire-slinging twin? The soldier's hazy world snaps into focus when Corbin reveals the fate of their regiment. They are the sole survivors . . . including her sister.

Kelsa is done merely surviving. This fledgling hero wants to fight. After Kelsa rescues the Blue Dragon Warrior, a mage without hope, from the dungeons of a vengeful empress, the pair struggle to evade their pursuers. Kelsa girds herself for a losing battle. The old mage hides behind the disguise of her sister's ex-lover and imbues the brash, young woman with the clever spirit of her long dead twin. Kelsa's flashing eyes are replaced by something soft and sly as the Rose of the Imperial Army flips her hair and struts into danger.

Step into the realm of The Dragon's Mercy, the second fantasy adventure in The Mage Conspiracy series. Discover a world of lurid entanglements and deadly intrigue where lies cut deeper than any sword.

A book by Jeffrey Bardwell is always a good time: exciting, dangerous, gritty, and multi-layered. As you might expect if you've read Rotten Magic and/or The Knight's Secret, The Dragon's Mercy is fast-paced, entertaining, and psychologically intense.

That said, it's not my favorite of his novels (yep, that's still Rotten Magic, which I LOVE) and I think I prefer the first novel in this series--The Knight's Secret--which was a killer story, to this one.

I realize that there was a lot of backstory in this novel, and maybe that makes sense for the second book in a series, now that I think about it. I also realize that the characters went on an emotional/psychological journey and there was important character development that happened. Still, when I finished this book I felt like nothing was accomplished.

The characters spend most of the book evading capture and trying to escape the city, to little avail. They also spend a lot of time talking when it seems like they should be, I don't know, running for their lives?

But back to what I loved about this book, which was quite a bit. I found the flashbacks fascinating, when we go back into the characters' memories and see the childhood of Minny and May (Minerva and Maven).

The twin sisters' conflicted relationship forms the center of this book, and I found their bond / rivalry deeply compelling. They were best friends that could read each other's thoughts, and yet, they were also rivals: for attention, for success, and finally, for the man Corbin Destrus.

This all gets pretty messed up when one of the sisters--Maven--impersonates Corbin Destrus and doesn't let the other sister--Minerva--in on the secret. (You can imagine the awkwardness that ensues.)

Minerva the soldier is a compelling character, as is Maven the mage. Clever, determined, ambitious, and deeply flawed (I'm all about those flawed characters: see every review I've ever written), they demand the reader's respect, even if we can't quite come to love them.

At the same time, both sisters have such a thirst for success and such a need for love that we can't help seeing something of ourselves in them, and maybe even finding something to love--or at least empathize with.

Meanwhile, Kelsa takes a backseat to the two larger-than-life sisters. I imagine that girl is going to go through some identity crises in the future, now that she's magically impersonated Corbin and Minerva for extended periods of time.

Then again, Kelsa's pretty boss and I feel like she can probably handle it. Still, I'm interested to see what happens to her character in the coming books, and hoping she gets to take the spotlight as Kelsa eventually.

All in good time, though--the buildup is pretty intense and I wouldn't trade it. 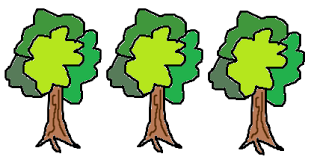