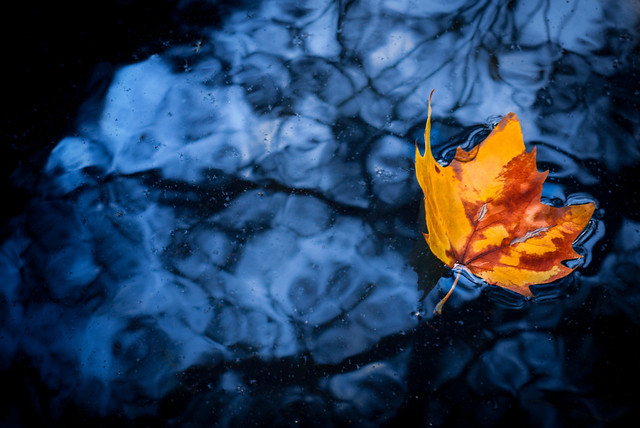 (Wouldn't it be cool if we could change the background of this blog to match the seasons? Yeah, I don't know how to do that. Then again, the Wood between the Worlds probably doesn't have seasons. Anyway, here is a picture that looks like it could have been taken in the Wood between the Worlds in autumn, you know, if the Wood had an autumn.)
The weather is turning colder, the trees losing their leaves, and the stores displaying Christmas merchandise - which must mean that Thanksgiving is upon us.

I have nothing against listening to Christmas music once November hits, but let's make sure we don't rush over Thanksgiving in our excitement for Christmas to come; this holiday deserves its own time in the spotlight.

What's Thanksgiving about? Pilgrims and Indians? The Mayflower? The founding of America? Maybe, but if we want to find the true heart of Thanksgiving, all we need to do is remember the name of this holiday. Giving thanks is a sweet, joyous, and plentiful harvest in and of itself. C. S. Lewis, in Reflections on the Psalms, wrote:

“I think we delight to praise what we enjoy because the praise not merely expresses but completes the enjoyment; it is its appointed consummation. It is not out of compliment that lovers keep on telling one another how beautiful they are; the delight is incomplete till it is expressed. It is frustrating to have discovered a new author and not to be able to tell anyone how good he is; to come suddenly, at the turn of the road, upon some mountain valley of unexpected grandeur and then to have to keep silent because the people with you care for it no more than for a tin can in the ditch; to hear a good joke and find no one to share it with. . . . The Scotch catechism says that man’s chief end is ‘to glorify God and enjoy Him forever.’ But we shall then know that these are the same thing. Fully to enjoy is to glorify. In commanding us to glorify Him, God is inviting us to enjoy Him.”


Are you ever struck by the incredible beauty of this world? Now is the time to express your delight, wonder, and gratitude for the glorious things around you. And our gratitude shouldn't be confined to the subject of the beauty of nature; there are so many things to be grateful for that it's staggering. Even in our darkest moments, there is something amazingly beautiful or wonderful or helpful for which we can express thanks. And this thanksgiving shouldn't be confined to Thanksgiving. We can express gratitude all year long. But this is the time to focus on our gratitude and reflect upon it. If you're unsure of how to express your gratitude and to whom, take a cue from the words of Victor Hugo:

"To give thanks in solitude is enough. Thanksgiving has wings and goes where it must go. Your prayer knows much more about it than you do."


Whether its in prayer to God, in conversation to your friends or family, or in complete solitude in your journal or private thoughts, find some time to give thanks this Thanksgiving.

But also find some time to enjoy good food, because that too is an important part of this holiday, and, after all, as Thorin says to Bilbo in The Hobbit:


"If more of us valued food and cheer and song above hoarded gold, it would be a merrier world."


So from the depths of my heart I truly hope you have a wonderful Thanksgiving and find both something to be thankful for and some food to enjoy. And I pray, with William Shakespeare: 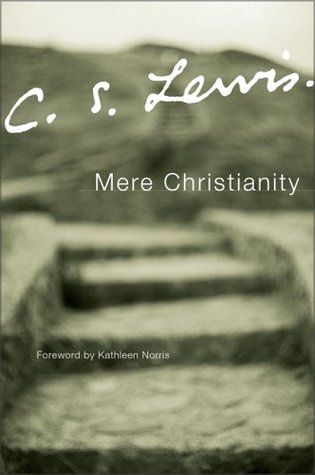 
Mere Christianity is C.S. Lewis's forceful and accessible doctrine of Christian belief. First heard as informal radio broadcasts and then published as three separate books - The Case for Christianity, Christian Behavior, and Beyond Personality - Mere Christianity brings together what Lewis saw as the fundamental truths of the religion. Rejecting the boundaries that divide Christianity's many denominations, C.S. Lewis finds a common ground on which all those who have Christian faith can stand together, proving that "at the centre of each there is something, or a Someone, who against all divergences of belief, all differences of temperament, all memories of mutual persecution, speaks the same voice."


Everyone is born with an innate sense of right and wrong. This sense is the thing that prompts us to help someone in need, apologize to someone we have wronged, treat others with courtesy, and so on. All humans share this sense; we may have different cultures and belief systems, but everyone agrees that it is wrong to do certain things (such as stealing, committing murder, double-crossing someone who has been good to you) and that it is right to do other things (such as telling the truth, keeping your promises, and thinking of others before yourself).

The fact that we all have this same sense of right and wrong shows that there must be something out there from which we received this sense - something or someone greater than us who wants us to behave in a certain way. But we have all failed to live up to this standard that has been set for us; we sometimes put ourselves before others, and we sometimes are dishonest or lose our patience with someone who loves us, and so we must be at odds with this greater something or someone who wanted us to behave in this way.

With this basic argument, C.S. Lewis opens Mere Christianity, a book adapted from the broadcast talks which he gave on the radio during WWII. Logical, straightforward, and convincing, Mere Christianity starts at the very beginning, neither assuming nor even suggesting the presence of a God, and gradually works its way up to Christianity through flawless reasoning mixed with scatterings of humor and wit. From the simple fact that all human beings share a sense of right and wrong, Lewis deduces that there must exist some greater power who has endowed us with this sense and wants us to act in a certain way. This power could be a presence who is beyond good and evil and constitutes the universe (this is the Pantheistic view) or a distinct being who loves good and hates evil (this is the Theistic view). However, the fact that this higher power has endowed us with a distinct sense of right and wrong tells us that he does believe in a right and wrong, and is therefore not "beyond" good and evil. From here, after some further reasoning, Lewis eventually reaches the God of Christianity. This God is a distinct entity who believes in right and wrong and has commanded men to act according to this system. But, because men have made themselves God's enemies through failing to live up to His standard, He has provided a way for us to be reconciled to him: namely, He has sent His son to atone for our sins. Christ, who is the son of God, has suffered and surrendered for us, so that we, by sharing in his sacrifice, can become forgiven and at one with God.

I've never read a book that made a more convincing case for Christianity. Lewis' argument is so methodical and logical - it's as if he reasons his way to Christianity. Reading this book, I realized for the first time just how much sense Christianity makes. The second half of the book lays out the teachings and values of Christianity, opening them up in new ways and making sense of things that many people (myself included) often have trouble understanding. However, there is a section where he talks about the Trinity and the Nature of God, and since Lewis was an Anglican, his beliefs on this subject differ from mine. But I still give him full credit for doing the best he could with what he had, and the rest of the book should align almost entirely with the beliefs of any Christian from any denomination.

I've also found that this book lays the groundwork for an understanding of all of Lewis' other writings: it's like a jumping off place where he articulates his ideas in detail, and then his other works connect to these ideas and play off of them in new ways. Many of the ideas he articulates elsewhere are given fuller form in this book, and I've found that it's a helpful starting place for tracing his ideas.

This book is probably Lewis' most quotable work; his single liners blew me away. Here are some of my favorites:

"Nothing you have not given away will ever really be yours."

"Faith, in the sense in which I am here using the word, is the art of holding on to things your reason has once accepted, in spite of your changing moods."

"Do not waste time bothering whether you ‘love’ your neighbor; act as if you did. As soon as we do this we find one of the great secrets. When you are behaving as if you loved someone, you will presently come to love him."

"We see only the results which a man's choices make out of his raw material. But God does not judge him on the raw material at all, but on what he has done with it."

"If I find in myself desires which nothing in this world can satisfy, the only logical explanation is that I was made for another world."

If you still need convincing (and even if you don't) here's a picture of Jack (alias C. S. Lewis) for you:

He wants you to have a good day.
Posted by Erin at 8:08 PM No comments:

Email ThisBlogThis!Share to TwitterShare to FacebookShare to Pinterest
Labels: C.S. Lewis
Newer Posts Older Posts Home
Subscribe to: Posts (Atom)
WE ARE CURRENTLY TAKING A HIATUS FROM NEW AUTHOR REQUESTS. PLEASE ONLY REACH OUT IF WE'VE REVIEWED FOR YOU BEFORE.