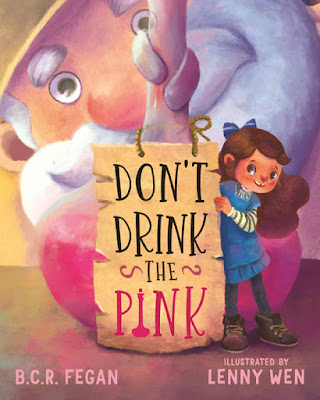 Good people are hard to find: Review of Stone Man and the Trail of Tears 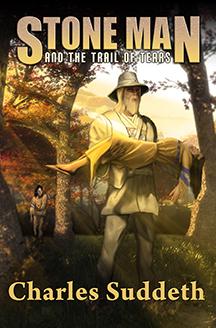 After U.S. soldiers attack twelve-year-old Tsatsi’s Cherokee village, his family flees to the Smokey Mountains. Facing storms, flood, and hunger, they’re forced to go where Stone Man, a monstrous giant, is rumored to live. Their journey is a dangerous one. Will Tsatsi find the strength to become a Cherokee warrior? And will they ever find their family again?

This was such a sweet story. Tsatsi’s love for his family, concern for their safety, and desire to protect them at all costs makes this a book that will hit home for anyone who has a family, which should be just about all of us.

Besides that, it will hit home for anyone who’s ever helped or been helped by someone outside their family. Johnny Garner, a white trapper living alone in the mountains, takes it upon himself to rescue two Cherokee children and get them to safety.

Along the way *SPOILER* he risks arrest, injury, and death, and even gets shot protecting Tsatsi and Sali. Why would a lone white man risk so much to save two Cherokee kids he just met? Because he’s freaking awesome.

But Tsatsi is pretty awesome too. The kid is 12 and could probably teach a wilderness survival course that I would 100% attend. Tsatsi is the main character and narrator, and he has a nice voice and personality. He’s tough because he’s had to grow up fast, but he’s also very much a 12-year-old boy.

He’s interested in the pretty girl who helps shelter and feed the three fugitives (Tsatsi, Johnny, and Sali). And he has a soft spot for his younger siblings. He’s also terrified of monsters and can’t get the legend of the giant cannibal Stone Man out of his head.

I found this story enjoyable, educational, and inspiring. It made me want to learn more about the Trail of Tears (which I’ve read some books about in the past but not recently). It made me want to try Johnnycakes because frankly they sound amazing. It inspired me to reach out to others and help people in need, even if they’re strangers. And the ending made me smile.

By the way, this book is nonstop action. One crisis follows hard on the heels of another. If it’s not soldiers or a gang of renegades, it’s a flash flood, a thunder storm, or a life-threatening fever. The story kept me fully engaged.

I can’t fathom being thrown into the situation of Tsatsi and his family. I can’t imagine waking up to soldiers burning my village and having to run into the wilderness to escape them. Then losing my family in the wild and having to fend for myself and my little sister—knowing that soldiers are still following us and believing that my parents and other siblings are dead.

But for many Cherokee families in the 1800s, that’s just what happened. In fact, Tsatsi and his family are lucky because *SPOILER* they actually manage to escape. Other Cherokees were forced to march 1000 miles to Oklahoma, many dying along the way.

And similar things have happened to countless groups of people through the ages. I don’t know why people continue to be such jerks time and time again, but it’s good to know that while there are plenty of Andrew Jacksons and Adolf Hitlers in the world, there are also people like Johnny Garner. And they’re everywhere.

As Tsatsi reflects: “Good people came in all sorts of shapes and colors. And good people made life worthwhile.”

So do good stories, and this short but heartwarming adventure is one of them.

Email ThisBlogThis!Share to TwitterShare to FacebookShare to Pinterest
Labels: Book Review, Historical Fiction, MG
Newer Posts Older Posts Home
Subscribe to: Posts (Atom)
The Wood Between the Worlds is dedicated to bringing you great book reviews. Looking for your next favorite book? Find it here. Have a book you'd like us to review? Give us a shout.